Getting Started On Rust 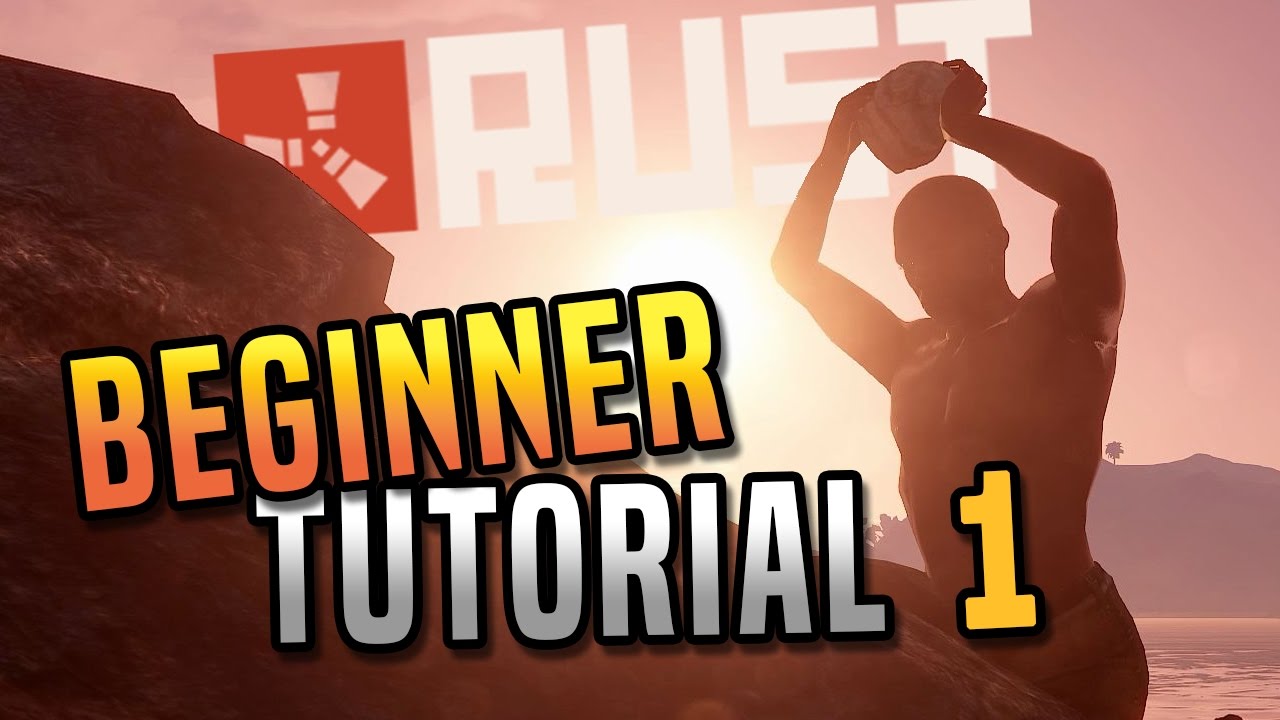 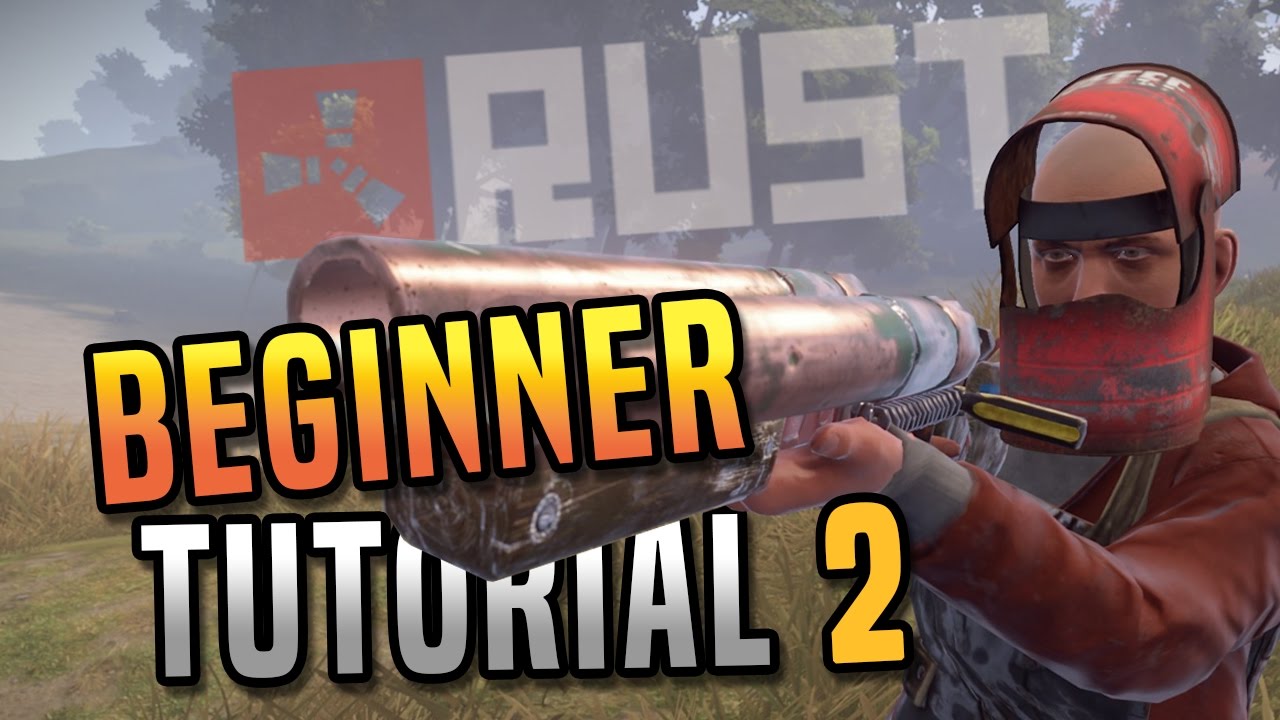 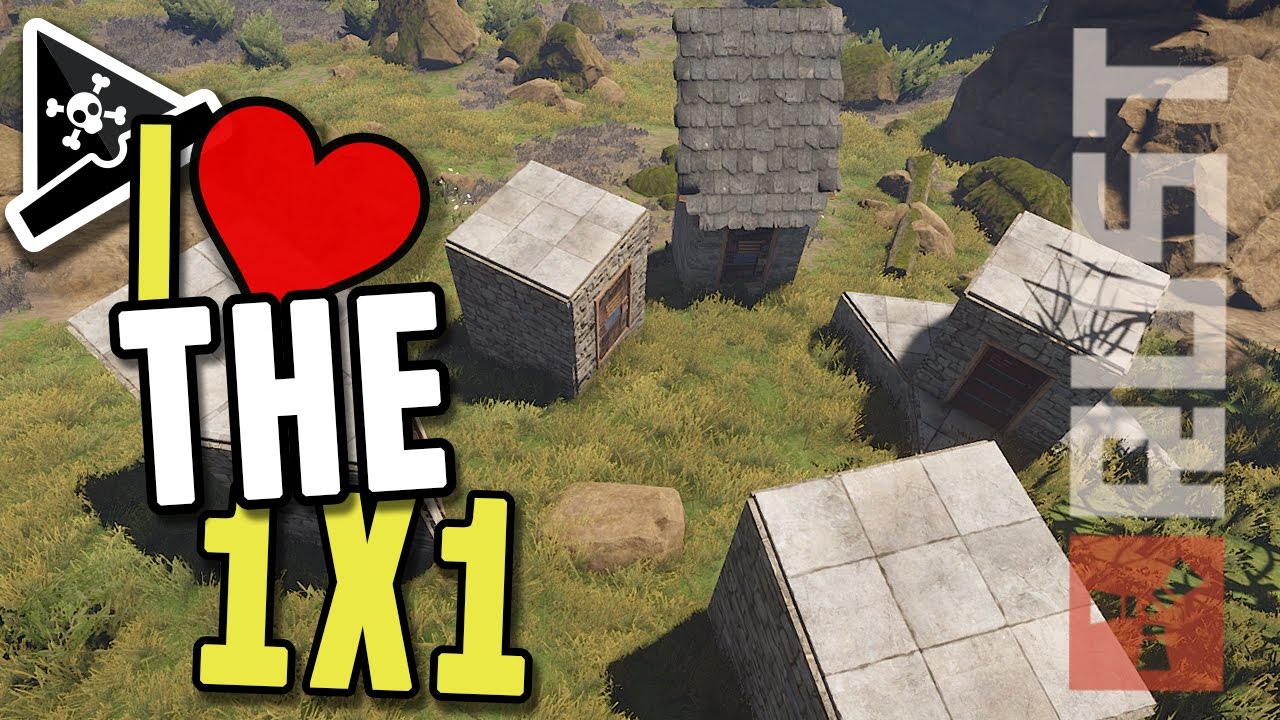 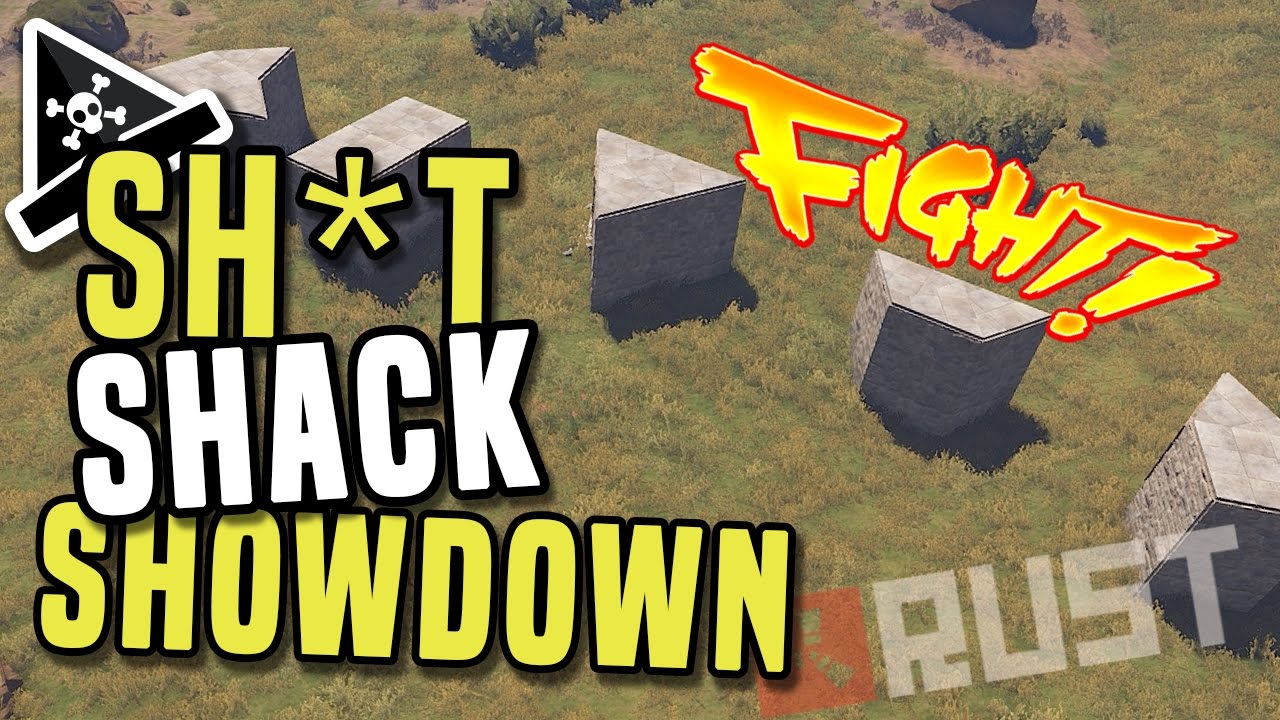 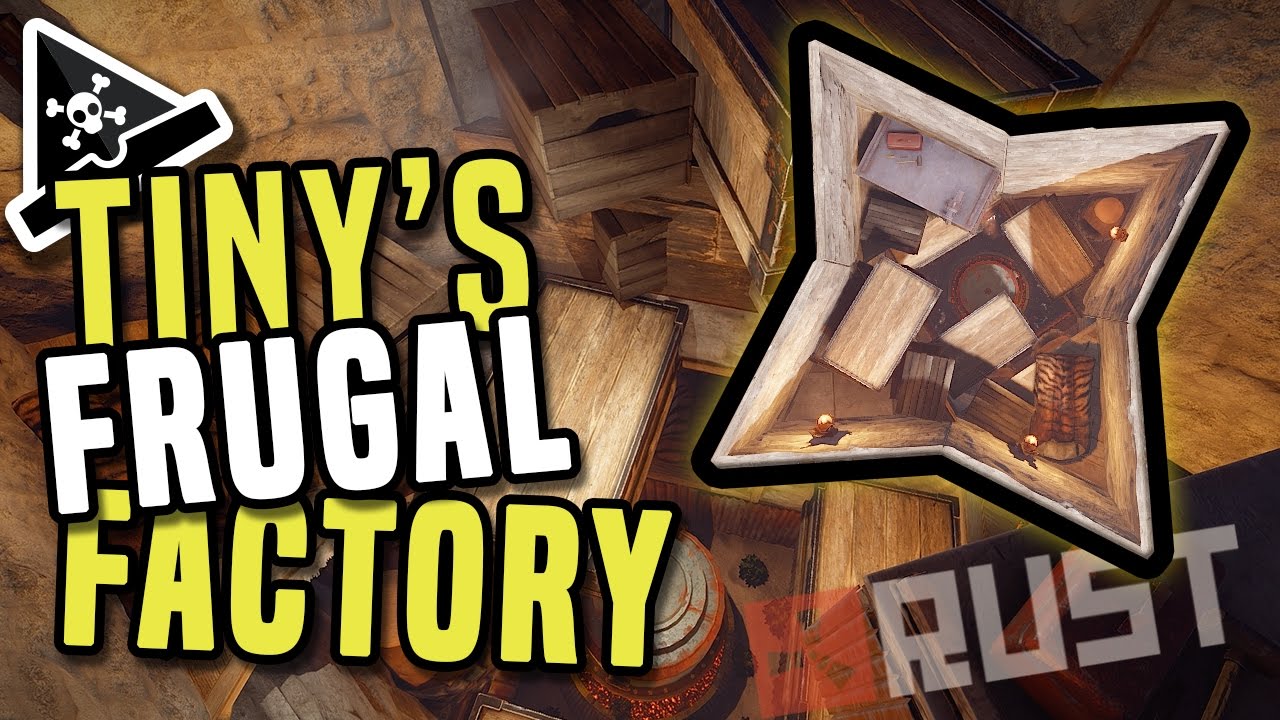 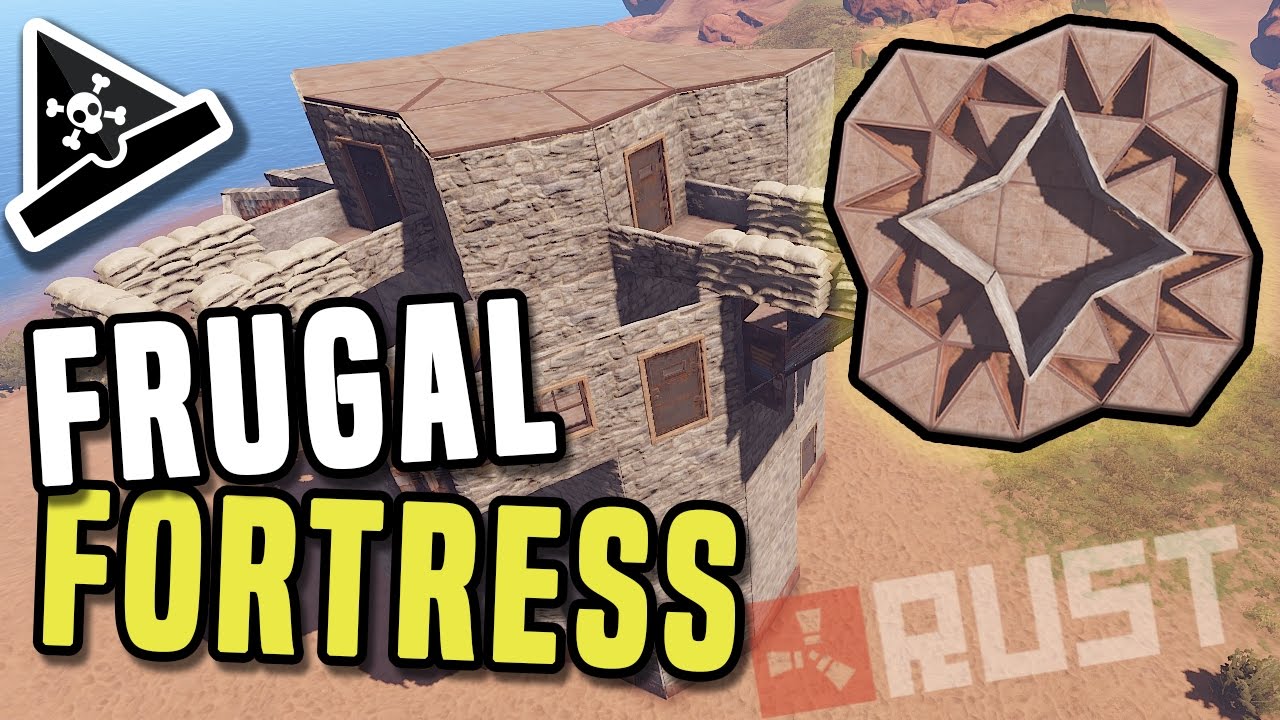 Rust Tutorial time! I've made a Rust beginners guide to help you get started. It's part 1 (if you like it!) and I'll make more Rust tutorials if you want. This Rust tutorial guides you through getting familiar with the game and early, basics of gameplay with a focus on solo play. This Rust guide is current to April 2017, so a few changes might take place in the game over time. Hopefully this guide helps a few of you Rust noobs ad helps you learn how to play Rust. Or is it newbs? You're all meat and fat to me!

Rust Tutorial time! In this episode I guide you through making your first base. There's a lot of detail here, but Rust is game with a lot of complexities so you need to know this stuff. The Rust tutorial focuses on basic base construction, securing your base, and the gear you'll need to get set up in your home.

A lot of people thought I didn't do the Rust 1x1 base justice, so here is a closer look at the most popular Rust base build! There are a few ways you can build the 1x1 - I've not done the ABSOLUTELY MOST EFFICIENT because it requires you to have large boxes ready to place before you've put the roof on, and I don't find that realistic. I have, however, tried to get some great 1 by 1 Rust base options together for you guys. I hope you enjoy!

Rust starter base builds! I'm reviewing all the sh*t shacks people build on day one looking for the most efficient starter base for your stone. I review six bases, comparing max storage (that I am able to achieve - you might do better) to the stone cost. Rust shacks should not be considered long-term residences! They are just meant to give you a temporary place to dump your resources before your final base build.

A "frugal factory" for Rust! Inspired by Pepper the Red's Frugal Factory and Snow's iteration on Pepper's work I thought I'd make my own version of the most compact and feature-rich base possible. My frugal factory packs 7 large boxes, 3 small ones, 4 furnaces, a refinery, a repair bench, campfire, and room for two sleeping bags all into a design that takes only 5,800 stone to get up and running.

We're taking my Frugal Factory design and turning it into a Frugal Fortress today! This base build design is ideal for two or three players and offers 5-6 walls to the Tool Cupboard for a total cost of 60,000 stone. It can be built in stages, spreading out the cost and the work in gathering the resources will continually adding protection. If you're part of a duo or trio, or even up to four players, then this base design is a great way to upgrade your Frugal Factory to something you can live in all wipe.

Base Building On Rust 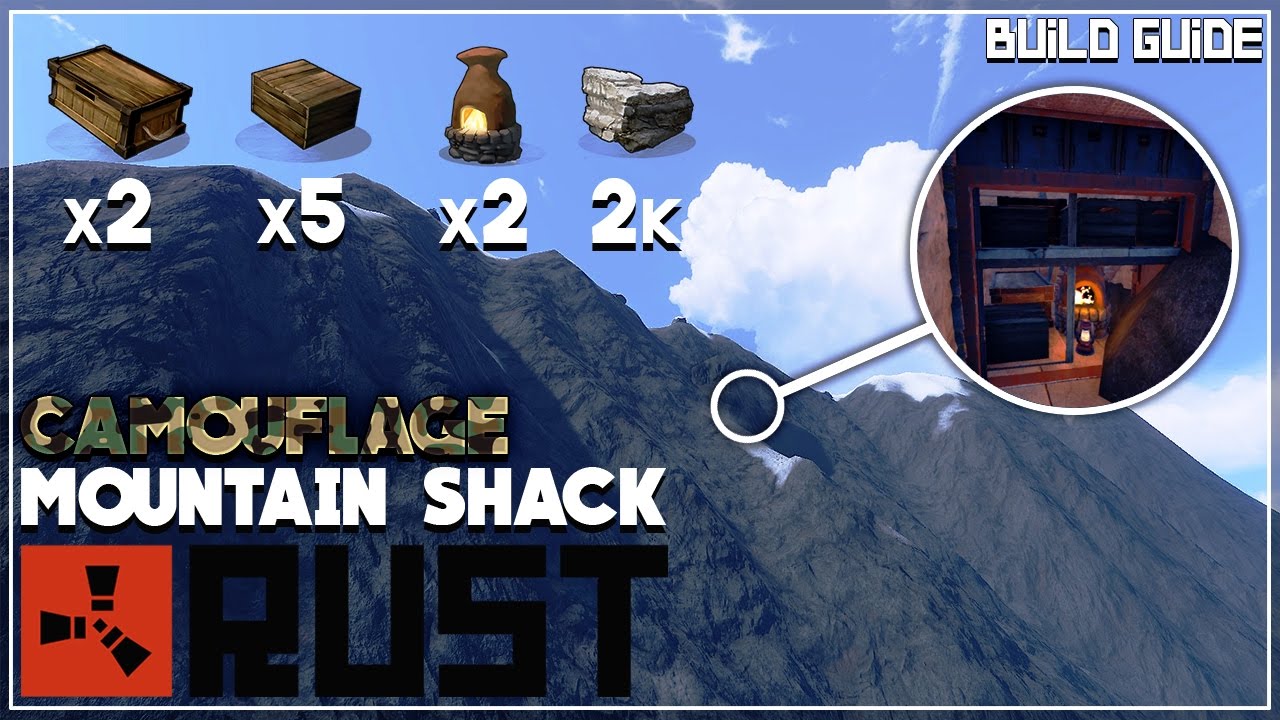 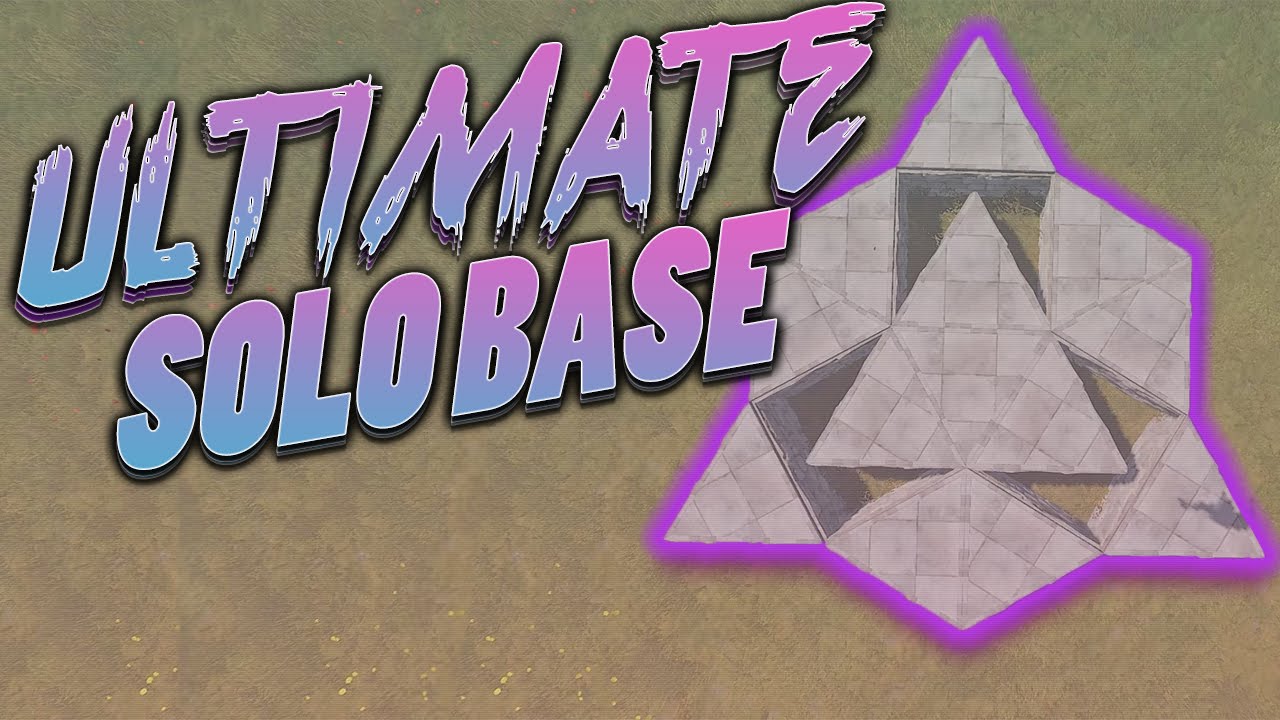 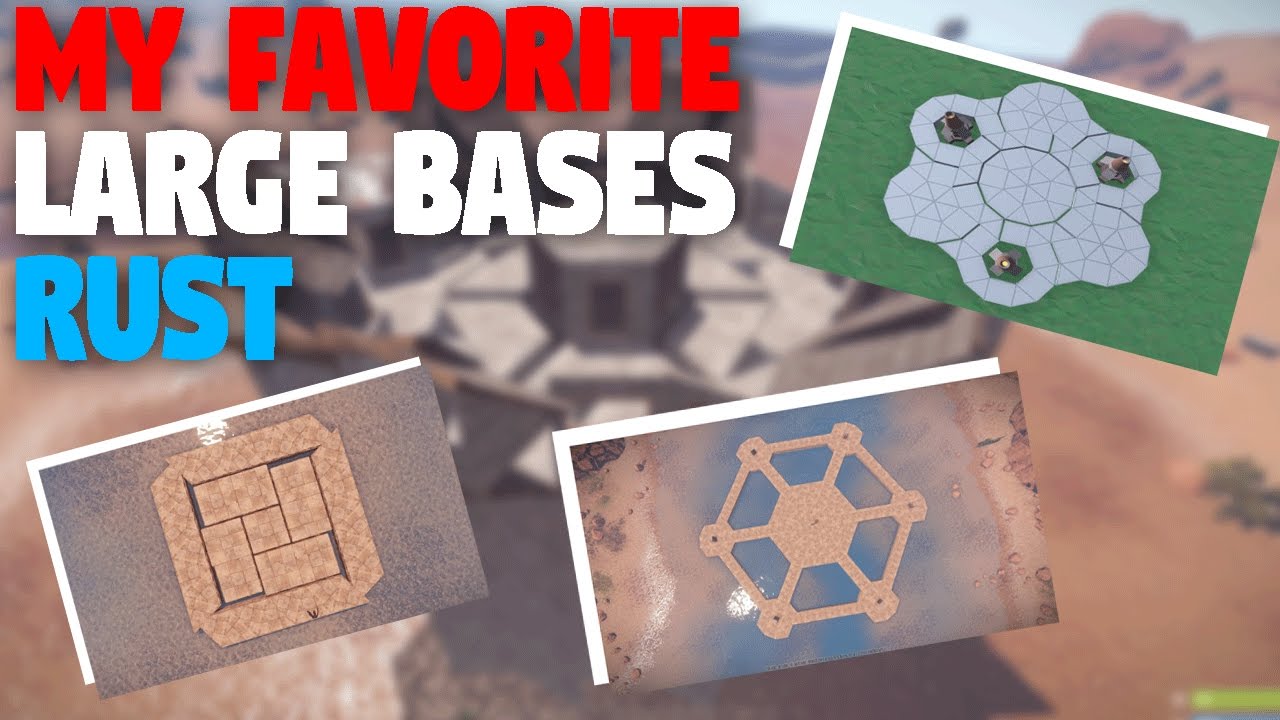 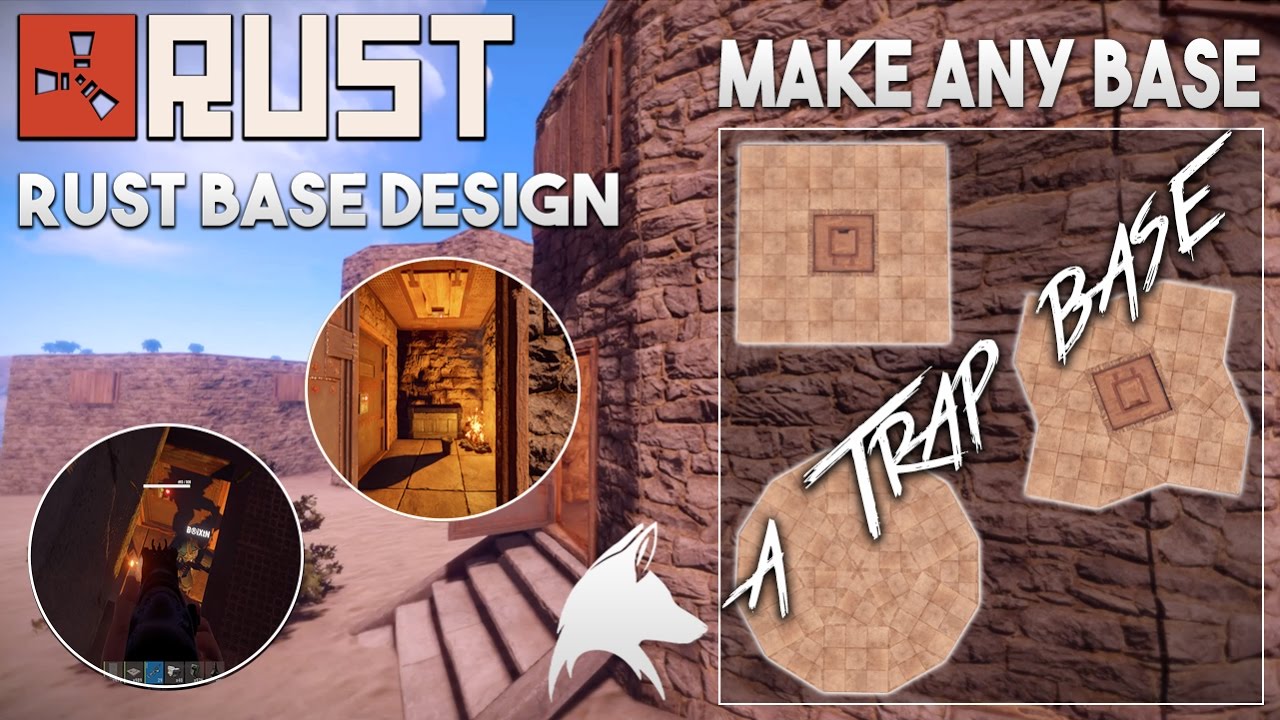 Make ANY Base A Trap Base!! | (Simple Trick!) | Rust Base Building

Today I have an easy base build that uses camouflage as its main defense. This works very effectively as a starter/solo base. Enjoy! Warning: Signs only render at a certain distance, so using them will only be effective at certain distances.

Takes 16 rockets to get to the center of the base and get the tool cupboard, pretty good for its size and cost. Sorry for the bad render settings, will be fixed next time. Song: Hendersin - Lonely Road Instrumental

Make ANY Base A Trap Base!! | (Simple Trick!) | Rust Base Building

showing you can make any rust base a trap base, by taking advantage of ladder hatches and a nifty little trick involving a protruding chest, this concept will work on any base in rust that has a square air lock for the entrance! 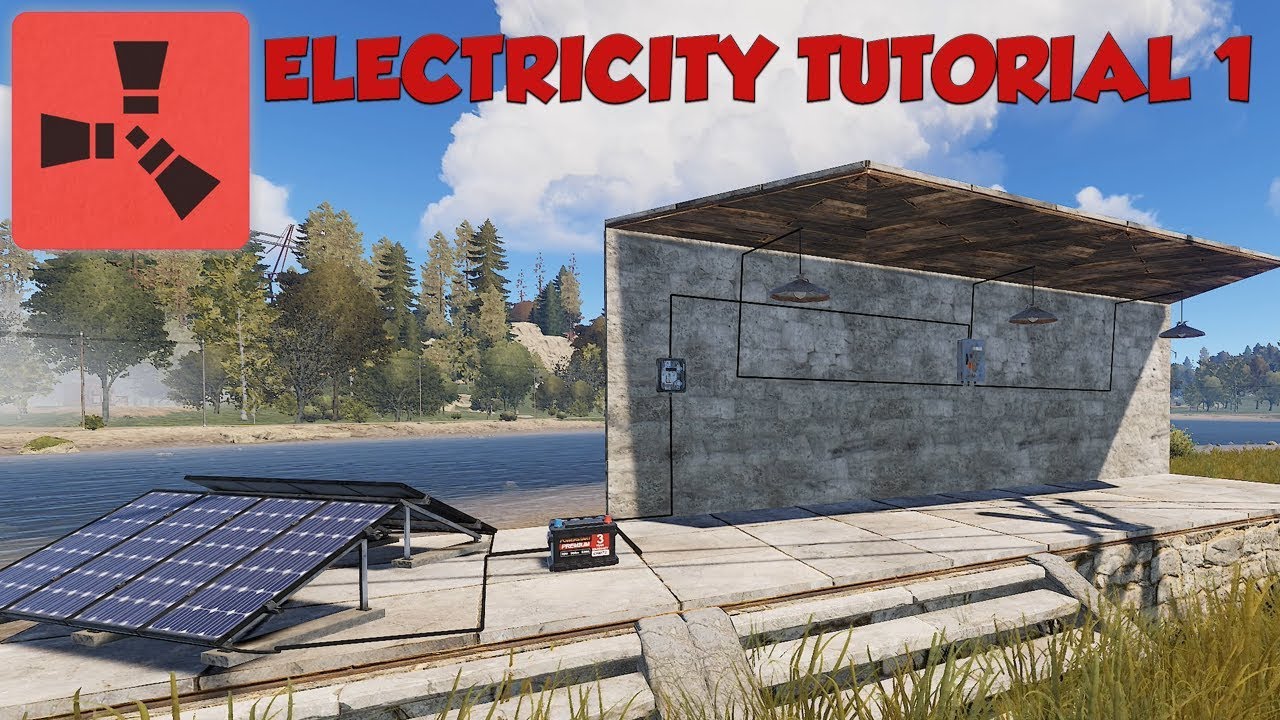 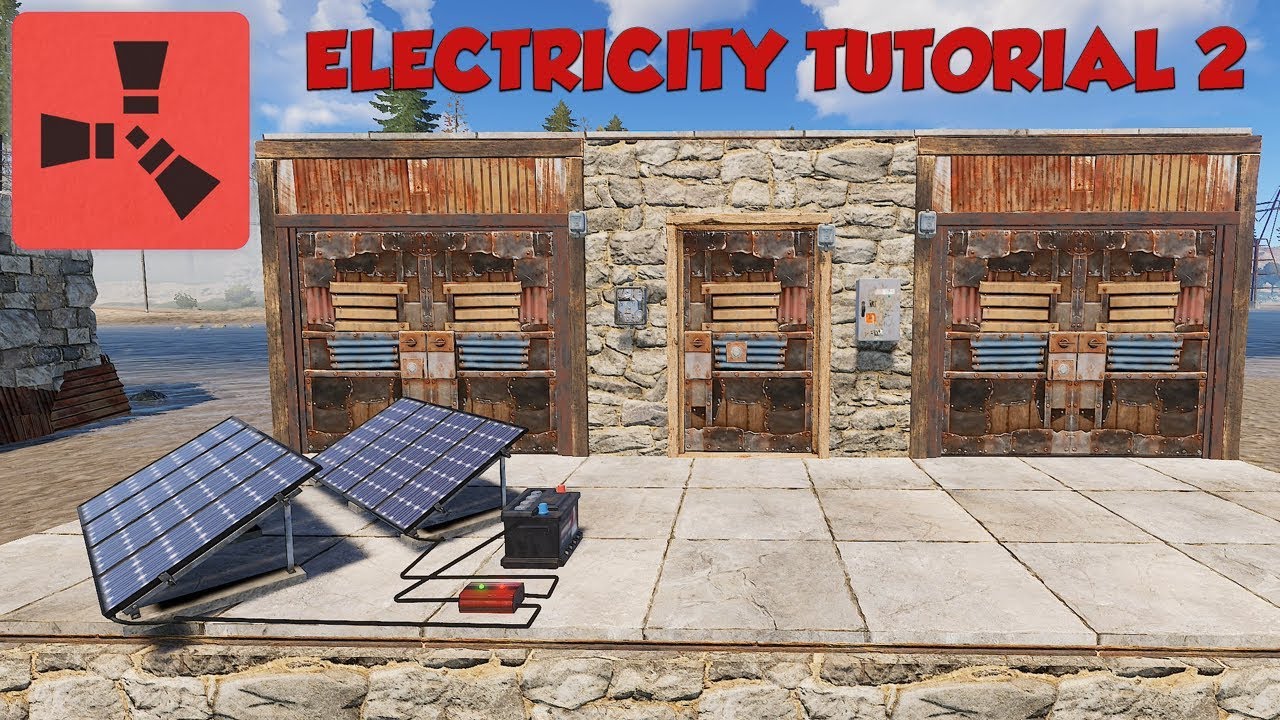 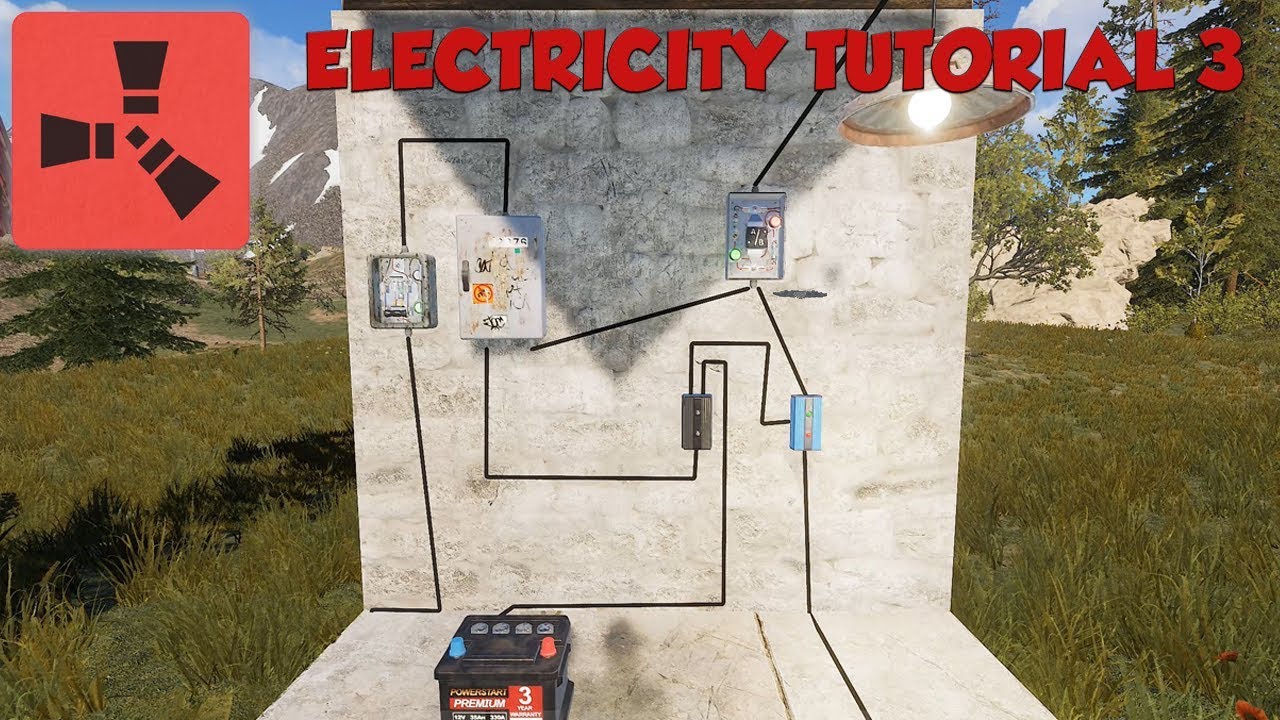 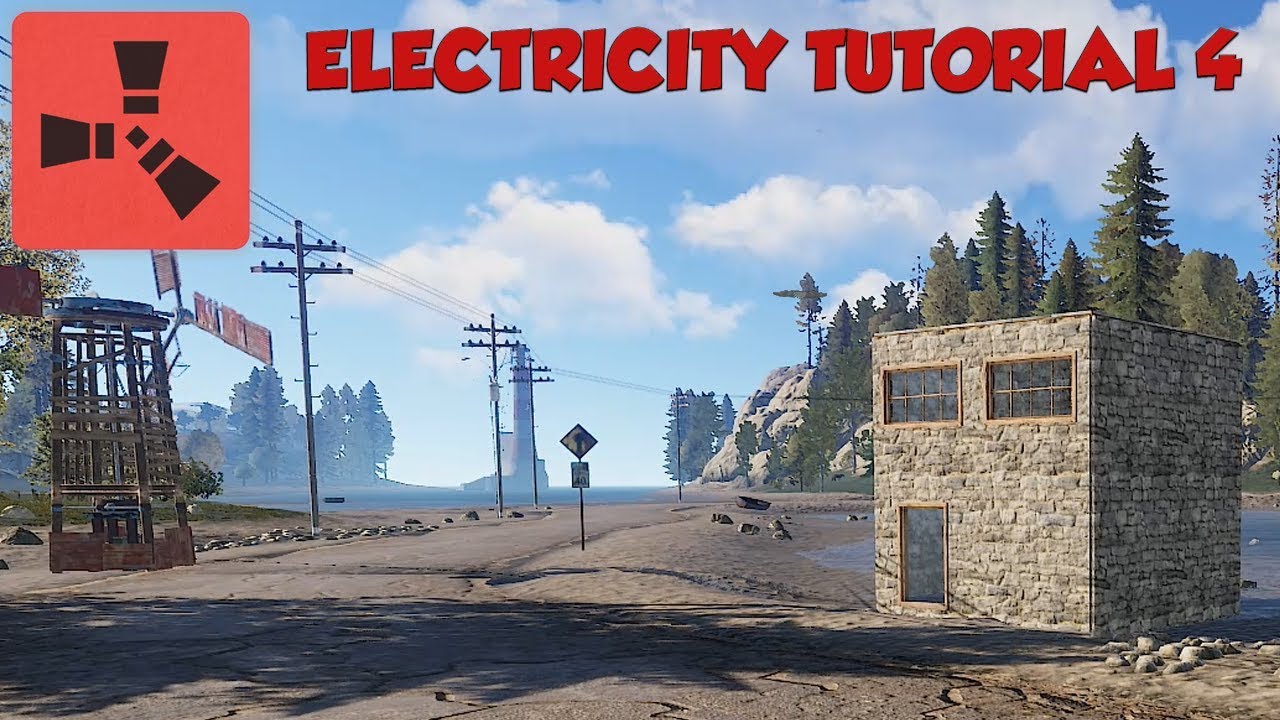 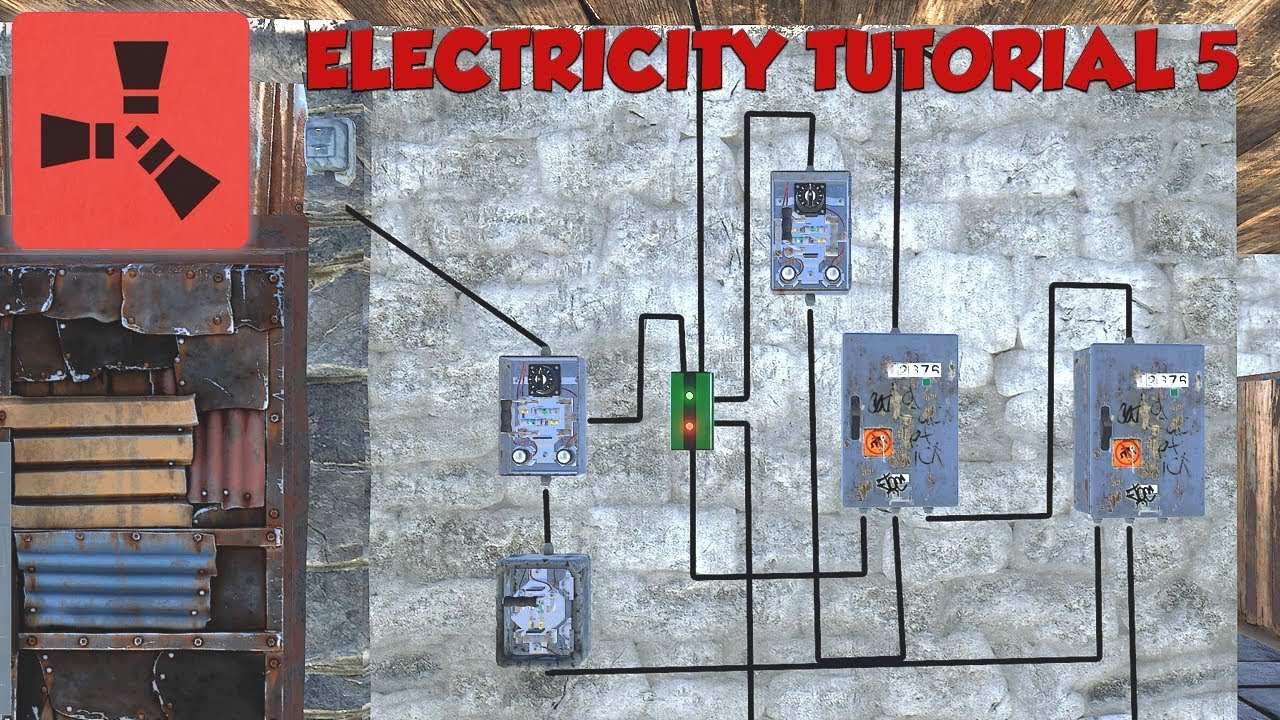 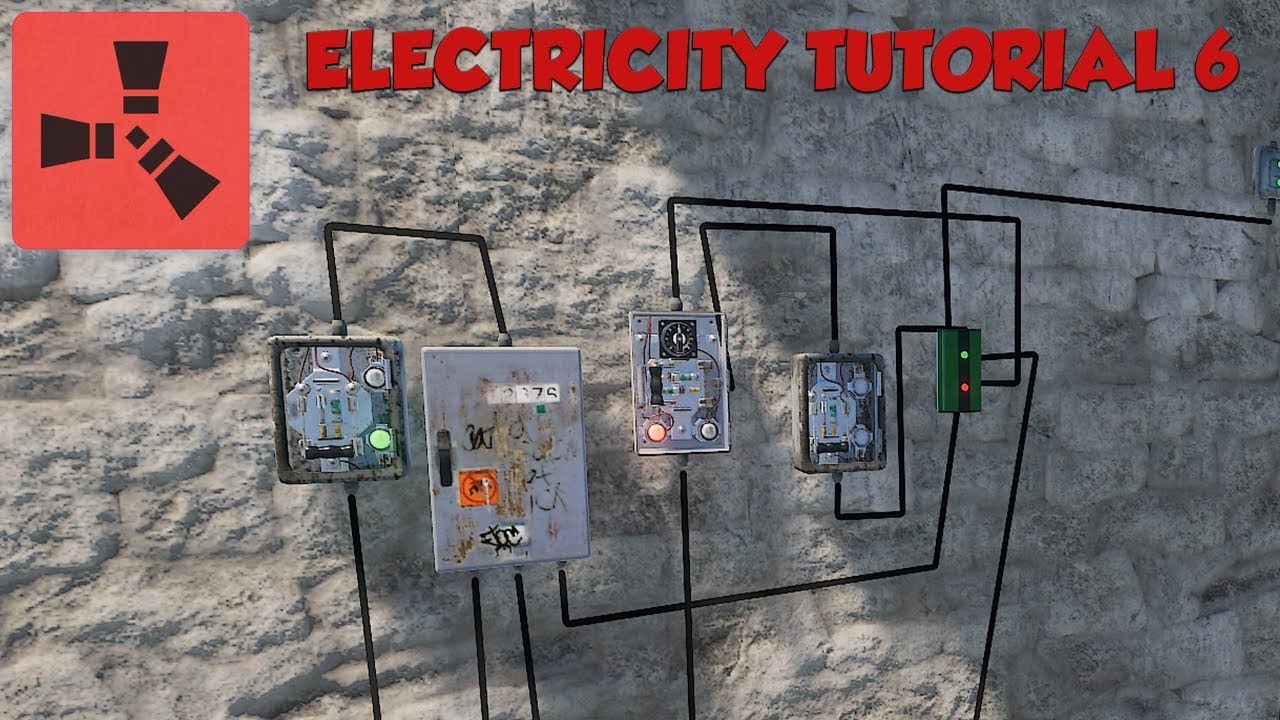 In this video we go over some basics of the new electricity system in Rust. I'll be doing some more in-depth guides on this also. Let me know if there's specific things you want to see with this new system and I'll get to work.

In this tutorial we go over how to wire up door controllers to one and multiple doors, pressure pads and laser detectors. If you have a specific circuit you'd like to see built just leave a comment and I'll get onto it. As always thanks for watching!

In this video we go over how to make a constant running circuit that primarily uses power from a generating source (turbine) and automatically switches to reserve power (batteries) when the turbine stops spinning. Thanks for watching!

In this video we go over how to build a simple yet effective trap base. With this simple circuit you can automatically trap and kill people without having to come into contact with them. The trap then resets itself ready to go again. Thanks for watching!

Today we go over a question asked by a viewer and build a circuit that closes one door via a pressure pad while opening another one. Hope my explanation makes sense! Any questions just ask. Thanks for watching.

Today we go over the more interesting electrical components available to us. Being such a new addition to the game, expect the components to change from time to time. Thanks for watching!